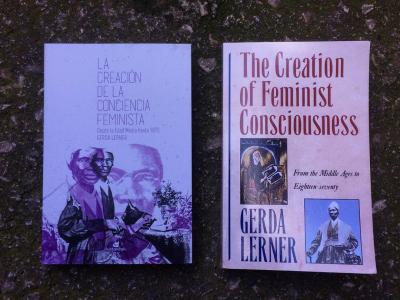 Why Women Have No Usable Past
THE CREATION OF FEMINIST CONSCIOUSNESS
From the Middle Ages to Eighteen-seventy.
By Gerda Lerner.
395 pp.
New York: Oxford University Press.
$27.50.

THE earliest written records of Western civilization date from about 4,000 years ago. By this time, as the feminist historian Gerda Lerner showed in her 1986 book, "The Creation of Patriarchy," the ideology that justified a subordinate status for women was as firmly a part of the conceptual universe as the sequence of the seasons. Patriarchy insured that from the beginning the cultural product we call history would not embrace questions of women's experience. Take, for example, the case of Lucinda Foote, known to us only by virtue of her 1792 rejection letter from Yale, which said she was qualified in every respect "except for her sex."

The exclusion of women from history has not been merely one among many exclusions. It has been women's most debilitating cultural deprivation. This is the main point of "The Creation of Feminist Consciousness," the companion volume to "The Creation of Patriarchy." Here Ms. Lerner argues that more than any other factor, the absence of a usable past explains why the subordination of women has persisted for so long and why feminist consciousness emerged so late. Men's power to define what is political and what is not, what is historical and what is not, what is meaningful and what is not, has left women adrift in an eternal present. Collective amnesia, she writes, "has forced thinking women to waste much time and energy on defensive arguments . . . has retarded their coming into consciousness as a collective entity and has literally aborted and distorted the intellectual talents of women for thousands of years." If women are to sustain and further their individual and collective efforts, they must be aware of their own historical experience.

"Women, ignorant of their history," Ms. Lerner writes, "had to reinvent the wheel over and over again." The "wheel" here is feminist consciousness, which she defines as "the awareness of women that they belong to a subordinate group; that they have suffered wrongs as a group; that their condition of subordination is not natural, but is societally determined; that they must join with other women to remedy these wrongs; and finally, that they must and can provide an alternate vision of societal organization in which women as well as men will enjoy autonomy and self-determination."

Feminist consciousness, so defined, did not fully emerge until the 19th century. But women's resistance to patriarchy and the insights that led to their awakening existed long before. "The Creation of Feminist Consciousness" is therefore not so much a history of women as a history of the feminist ideas women expressed repeatedly long before the 19th- or 20th-century women's movements. From the works of Anglo-Saxon nuns, late-medieval mystics and heretics, writers of the Romantic movement and 19th-century African-American evangelists, Ms. Lerner has reconstructed a discontinuous tradition of critique and protest and has identified fragmentary anticipations of feminist consciousness.

MUCH of "The Creation of Feminist Consciousness" aims to illustrate how "women's striving for emancipation was acted out in the arena of religion long before women could conceive of political solutions for their situation." Religious culture has offered European and American women certain opportunities for creativity, intellectual development and leadership. The relatively autonomous environment of women's religious communities, the authority held by women who had visionary experiences, the access to education, responsive audiences and the Bible all contributed to the development of rudimentary feminist consciousness, Ms. Lerner maintains. Moreover, women's early claim to equality before God was a step toward their claim to equality in society.

Ms. Lerner's survey of feminist Bible criticism yields many of the best illustrations of individual women who challenged authority long before organized groups did so. From visionary literature, polemical writings, poetry, letters, court depositions, pamphlets, spiritual autobiographies, sermons and translation projects, Ms. Lerner marshals a history of women's readings of the Bible and builds a firm argument for some startling assertions. For example, she finds that it was women interpreting the Bible who first came up with the idea that our notions of men and women are culturally determined. And she discovers that "feminist Bible criticism . . . led directly to a feminist world view."

The writings of 20-odd women -- from the 12th-century nun Hildegard of Bingen's interpretations of Revelations to the 16th-century Queen Margaret of Navarre's poetic explorations of gender reversals in the New Testament, up through Elizabeth Cady Stanton and Matilda Gage's "Woman's Bible" (1895) -- demonstrate the strength of an intellectual tradition. But they also demonstrate its great weakness: "the lack of continuity and the absence of collective memory on the part of women thinkers." Women wrote in apparent ignorance of any tradition, so they hardly ever advanced that tradition.

In "The Creation of Feminist Consciousness," Ms. Lerner crosses and extends the usual chronological and cultural boundaries of historical inquiry. Her 1,300-year study includes European, European-American and African-American women of Roman Catholic, Protestant, Jewish and agnostic religious outlooks. These long views and broad categories serve her intent to examine how, when and where women in Western civilization have expressed their awareness of their social situation. This, in turn, allows her to observe the differences between men's and women's "relationship to historical process," differences that must be recognized if we are "to construct a new recorded History based on a synthesis of traditional (men's) History and the History of women."

Doubtless, in her bold promenade down the avenue of centuries, Ms. Lerner will trounce upon the sensibilities of specialists in the many eras and areas she traverses. Yet it seems unlikely that corrections of nuance and detail will mar the authority or the power of her principal arguments.

One of the difficult tasks the author faces is how to represent the awful effects of patriarchy and, at the same time, do justice to the women who, in spite of it all, left an interesting record of achievement. In building her argument, Ms. Lerner tends to present women as exemplars who oscillate between their roles as victims and victors. Sometimes she creates flat portraits of martyrs to patriarchy. Sometimes she undercuts our appreciation of historical women by assessing them according to our current standards of creativity, individuality, authenticity and authority.

Nevertheless, the examples with which Ms. Lerner supports her arguments offer swift, telling glimpses into the lives of many women. Indeed, her description of Margery Kempe's 15th-century "Book," the first autobiography by a woman, seems an apt depiction of her own work: "starkly beautiful, yet coarsely made." Rough-hewn and powerful, "The Creation of Feminist Consciousness" is exemplary in several senses of the word.

By Katherine Gill
The New York Times Book Review
May 2, 1993 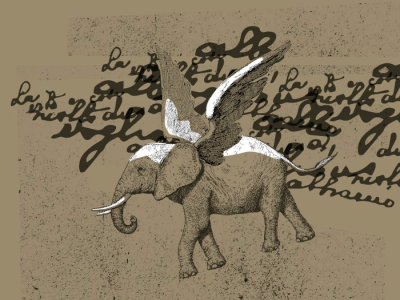 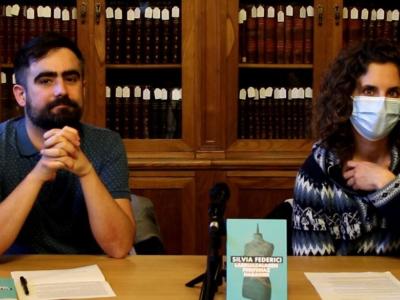 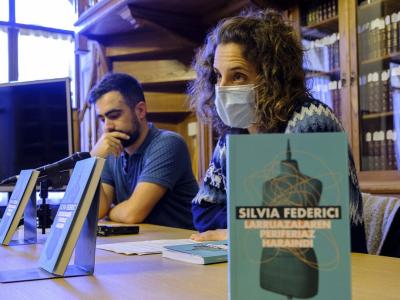